The first Irvington Public Library was established in the mid-19th century by an interested group of Irvington residents. It was located in “the little red schoolhouse.” The schoolhouse library evolved into the short-lived Irvington Free Library, which later became the Atheneum.

In 1902, the library moved into rooms in the Village Hall which was built on the site of the original Atheneum. The land was donated by the Mental and Moral Improvement Society on the condition that the Village always maintain a library or reading room in the building.

This space was designed by Louis Comfort Tiffany, an Irvington resident and renowned art glass designer and craftsman. The Tiffany Reading Room is open to the public; find out more here.

The library furnishings were donated by philanthropist Helen Gould of Lyndhurst, the daughter of railroad financier Jay Gould. Frederick Guiteau provided funds for the initial collection of books.

The Irvington Public Library was incorporated by the Board of Regents of the State University of New York on May 3, 1902. In that year the library served a population of about 2,000. Over the years the population grew and the library added a storeroom here, a closet there, part of the lobby and part of the back stairway. Though squeezed and cramped, it retained its original Tiffany glow and warmth. 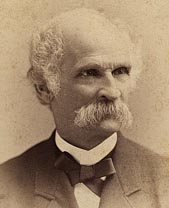 In the late 1990s, the Library Board concluded that a new library was essential for more space, better access for those with disabilities and to support new technologies. The floor plan included these changes. On January 28th, 2000, the library officially opened in its new quarters at the historic Burnham Building at 12 South Astor Street. The new library is three times the size of the old one and is a wonderful mixture of old and new architecture.

All the images shown here are from the Local History Collection of the Irvington Public Library.